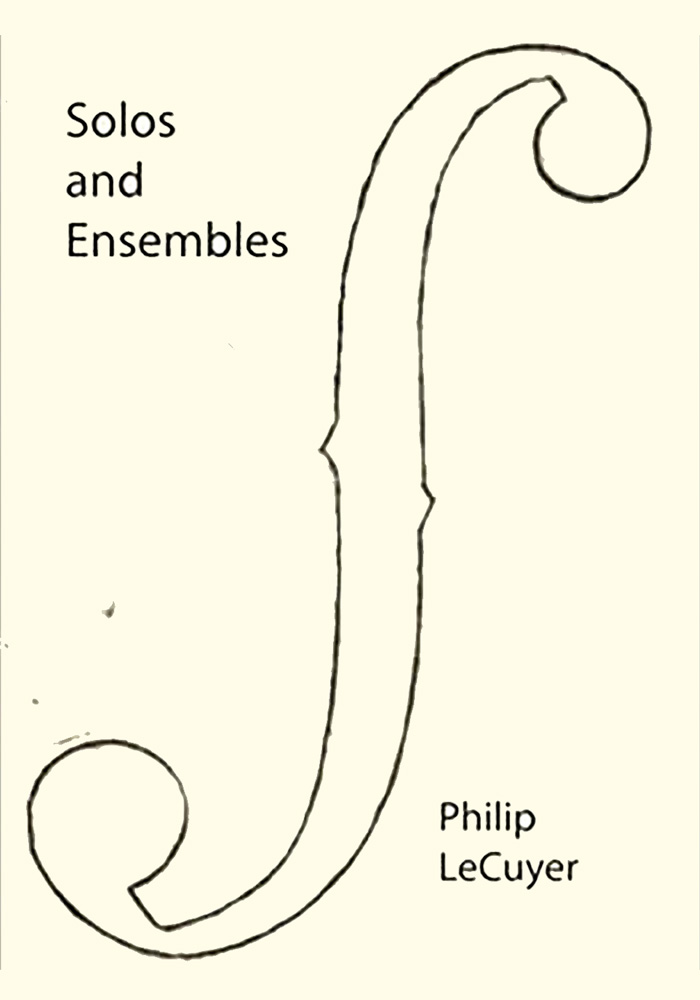 Solos and Ensembles by Philip LeCuyer

The 64 poems in this book are collected from five different performance pieces written from 2000 to 2015. Fifty of the poems are solo voices, each bringing into speech a defining experience of his or her own life. A few might be identifiable to some readers, e.g. the man who shot President Reagan, or Norma Jean Baker behind her public image as Marilyn Monroe. Others are anonymous, but what they say and think is not unfamiliar.

In the poem titled “A Talk” a parent (man or woman) is addressing the inmates of a drunk-tank in a county jail:

My son will not be joining us tonight.
He will not ever be joining us.
A few of you look as if you might
be the age, or thereabouts, he was
when he was killed by someone just like you—
someone who was DWI.

I saw the wreck, my mangled child,
his shoe alone across the street,
…the silent sky…

Tomorrow morning they will let you out.
My son will not be freed.
What I will hear

is not his voice,
and what I see about me now
is not his face.

He is not here.

The judge asked me to talk to you this way.
These words
are words
no one could want to say.

Other voices have other truths to tell.  They all share the same event-structure.  Though no more noticeable when spoken and heard than in the poem just cited, each voice forms into a Shakespearean sonnet.

The counterpoint between the predictable and in that sense necessary pattern of the  phonetic and logical structure of the sonnet’s form on the one hand, and the unpredictable syntactical rhythms, word choices and word weightings on the other, is intended to evoke a sense of objective necessity and human freedom that are co-extensive.

The remaining fourteen poems are prologues, central transitions, and epilogues from the five performance pieces.  Each transitional poem, with the solo voices coalescing into a chorus, uses as its guiding trope a foundational concept of modern science:  the energy principle in “Transition,’ stratigraphy in “Canyonlands,” the emergent complex system in “Flight Path (a parable)”, Einstein’s relativity in “Hyphenation,” and dual slit interference in “Guidance.”

Texts for the full-scale performance pieces are available from the author at lecuyer@sjc.edu.